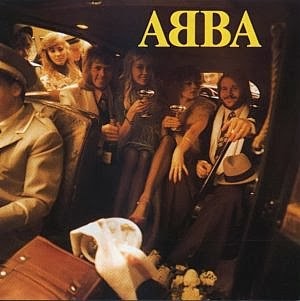 Abba LP back Pictures for the 'ABBA' LP sleeve were taken at the Catle Hotel in Stockholm in March 1975. 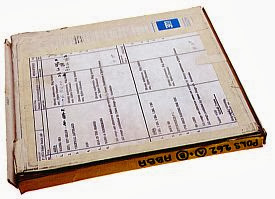 The mastertape of the 'ABBA' album 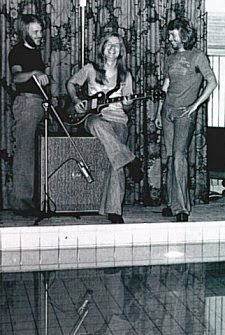 So Long:
Backing track and vocals on 22 August 1974.
Overdubs added on 17 September 1974.
Trumpet overdubs added on 25 September 1974.
Mixing of the track on 22 October 1974.
It was an up-tempo song, shuffle rocker that adhered most closely to the Waterloo formula. In Great Britain no one was very impressed and the song didn't even chart. The track was recorded in the Glen Studio. Out of many odd ways of recording things, the recording of 'So Long' must surely rack as one of the strangest, when the swimming pool hall in Glenmark's house was used as an echo chamber for the guitar. Benny later complained that the acoustics at the studio, which was located in the basement at the Glenmark family home, weren't exactly the best. "The recordings we did there almost never turned out that well," he said, feeling that the sound on a Glen Studio track llike 'So Long' was "much too hard and sort of 'steely'." (taken from the books The Complete Recording Sessions and Bright Lights Dark Shadows by Carl Magnus Palm)

Man In The Middle (working title: Dance With The Devil):
Backing track and vocals on 22 August 1974.
Overdubs added on 17 September 1974.
Sax overdubs added on 23 October 1974.
Mixing of the track on 6 December 1974. 'Man In The Middle' is another example of Michael Tretow's will to try different gadgets in order to come up with new sounds. "Janne Schaffer had some kind of guitar gadget which looked like a wash basin and had all kinds of phasers and wah wah effects on it," he remembers. "It also had an octave divider through which I fed the voice that sings the phase 'in the middle' after the chorus a couple of times in that song. The sound came out really deep and robot-like, and Björn and Benny said 'no, that sounds crazy, we can't have that', but I managed to sneak one of these phrases on the record anyway, just befor the song fades out. (taken from the book The Complete Recording Sessions by Carl Magnus Palm)

S.O.S (working title: Turn Me On)
Backing track and vocals on 22 August 1974.
Overdubs added on 17 September 1974.
The absolutely strongest recording of the 'Abba' album . This was Agnetha's first "heartbreak classic" where her ability to "cry with her voice" as Michael Tretow once put it, met a hundred percent match in the gorgeous melody and Benny's semi-classic keyboard flourishes. "It was fun to record that one," says Benny. "I remember that it was all but finished when we decided to add all those guitar and synthesizer riffs that are going on throughout the song." Björn remembers that stig came up with the title, and also wrote a set of lyrics that later were quite heavily reworked. (taken from the books The Complete Recording Sessions and Bright Lights Dark Shadows by Carl Magnus Palm)

Hey, Hey Helen:
Backing track and vocals on 14 September 1974.
Overdubs added on 17 September 1974.
"This is one we should have left unrecorded, " is Benny's laconic comment on this attempt at a heavier sounding track. "We spent a whole day trying to get a great snare drum sound," adds Björn, "and when you listen to it today it sounds like the tamest thing you ever heard." (taken from the book The Complete Recording Sessions by Carl Magnus Palm)

I've Been Waiting For You:
Backing track and vocals on 14 September 1974.
Mixing of the track on 22 October 1974.
One of ABBA's strongest songs from this period, and features a lyrical contribution from Stig Anderson. However, Benny is not so fond of the 'howling' sound of the recording. The song was a multi-layererd tour de force where Agnetha sounded as if she was constantly on the edge of falling off key, thereby demanding the attention of the listerener from start to finish. (taken from the books The Complete Recording Sessions and Bright Lights Dark Shadows by Carl Magnus Palm)

Bang-A-Boomerang (working title: Stop And Listen To Your Heart):
1st backing track on 16 September 1974.
Trumpet overdubs added on 25 September 1974.
2nd Backing track and vocals for ABBA on 7January 1975.
Continuing with the backing track on 8 January 1975.
String overdubs on 28 January 1975.
Guitar overdubs on 16 March 1975.
ontrary to what some folk believe, 'Bang-A-Boomering' was originally intended as an ABBA song, and not the Svenne & Lotta contender for the Swedish Eurovision Song Contest heat that it later became. It was only because Björn, Benny and Stig found that they already had a suitable song finished that they did not write something exclusively for the contest. However, the song would be re-recorded in January, and the track recorded on this day was slower, without the galloping feel of the released version, and also with a partly different melody in the verses. The recording also featured lots of accoustic guitars and a more subdued vocal performance from Frida and Agentha that the version on the 'ABBA' album. (taken from the book The Complete Recording Sessions by Carl Magnus Palm)

Intermezzo No. 1 (working titles: Bach-laten, Honeysuckle Rose and Mama:
Backing track on 16 October 1974.
String and horn overdubs on 23 October 1974.
Timpani overdubs on 11 December 1974.
With 'Intermezzo No.1, I remember being a bit startled by ABBA doing this his kind of combination between pop and classical music," says guitarist Lasse Wellander. "Because of the irregularity of the composition, it also took a while to get it right. No parts of it are repeated in quite the same way, so it was a bit difficult to remember it by heart. But I thought then, and still think, that it's a damn good piece of music. (taken from the book The Complete Recording Sessions by Carl Magnus Palm)

Rock Me (working titles: Didn't I and Baby):
Backing track and vocals on 18 October 1974.
Drum overdubs added on 21 October 1974.
'Rock Me" was to become Björn's second track as lead vocalist, but prior to that a version titled 'Baby', featuring different lyrics and a hoarse Agnetha lead vocal, was begun but never completed. Some of the musicians testify that 'Rock Me' sounded much rawer and rockier in the studio that the released track, with ABBA somehow opting for a cleaner sound when mixing it. (taken from the book The Complete Recording Sessions by Carl Magnus Palm)

Mamma Mia:
Backing track and vocals on 12 March 1975.
String and oboe overdubs on 15 March 1975.
Guitar overdubs on 16 March 1975.
This song was written in the library at Björn and Agnetha's house in Lidingö with lyrics by Stig. 'Mamma Mia' is one of those typical ABBA sounds which really don't work that well when you play them with just a piano and a guitar," says Benny. "It's much too dependent on all the little whims and harmony parts and riffs and whatnot, which we somehow managed to organise, and which are what ABBA were all about. In this case there was a marimba in the studio, and naturally I had to find out what that sounded like." The verdict was positive and the tick-tocking marmiba figure became one of the identifying factors of the 'Mamma Mia' recording. (taken from the books The Complete Recording Sessions and Bright Lights Dark Shadows by Carl Magnus Palm)


Worldwide single/EP releases with tracks from this LP : 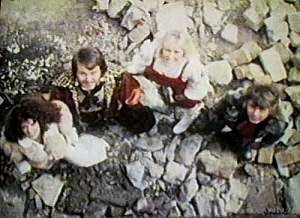 Bjjörn: "We had it with travelling. Thousands of miles to the other countries just to perform a 3 minutes song on a tv show. These promo clips could do the work, and we could lean back in Stockholm. We admit that we did it because we were lazy. After seeing this tape, everyone was enthousiastic. This artistic way of fliming was unorthodox at the time". 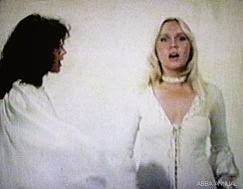 This promo clip meant ABBA's definite breakthrough in Australia. This country instantly fell for this clip. The pose of Frida and the close up of the girls lips have become ABBA's trademark. 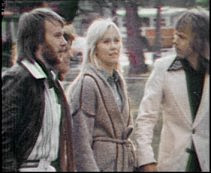 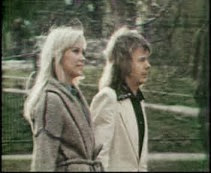 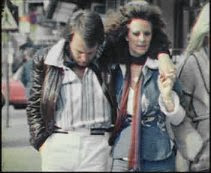